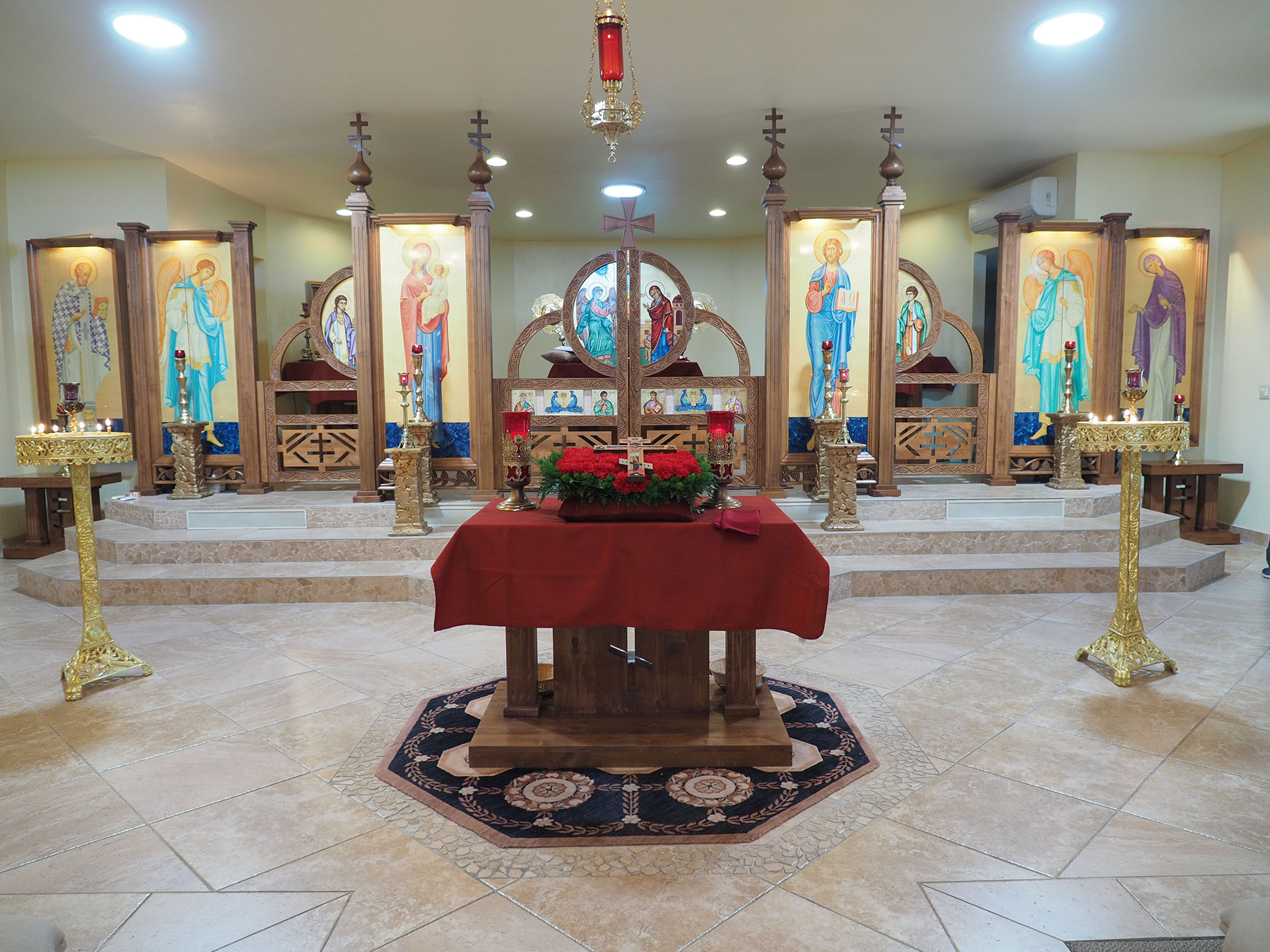 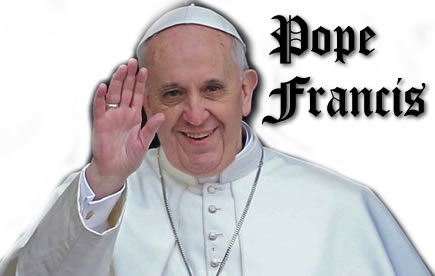 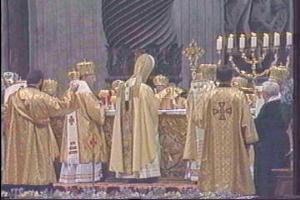 Here Pope Saint John Paul II celebrates the Byzantine Divine Liturgy at Saint Peter’s Basilica in Rome. He demonstrates that, while his governance extends to only the Roman Rite, his loving primacy extends to all other Catholic liturgical churches. Notice too, that the Pope prays facing liturgical east—toward the rising sun—symbolizing the resurrected Christ. The seven branch candle stand represents the seven gifts of the Holy Spirit. These symbols are so characteristic of the Byzantine Liturgy.